Re-Visiting Museums: From The Louvre To The Hispanic Society Museum & Library in New York 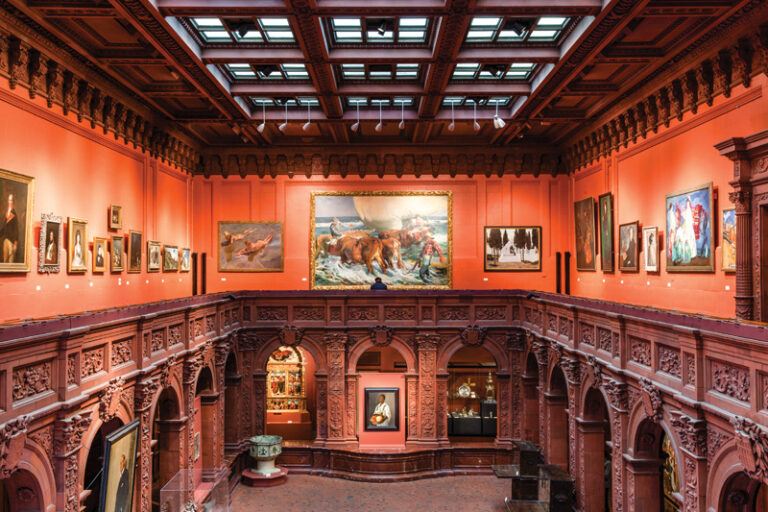 American Friends of the Louvre and the National Arts Club were pleased to invite you to a conversation between Guillaume Kientz, director and chief executive of the Hispanic Society Museum & Library in New York and Lionel Sauvage, philanthropist and 18th Century French art collector. Together, they discussed Mr. Kientz’s commitment to reimagining museums from the Louvre to the HSML, highlighting the history and collections of the Hispanic Society and the relations and collaborations between both institutions.

The Hispanic Society Museum & Library boasts one of the world’s most significant collections of Hispanic art and literature with more than 250,000 rare books and manuscripts and 200,000 artworks, including important paintings by Diego Velázquez, Francisco de Goya, El Greco and Joaquín Sorolla, among others.

Guillaume Kientz, Velázquez and El Greco expert, is the director and CEO of the Hispanic Society Museum & Library in New York. Previously, he served as Curator of European Art at the Kimbell Art Museum in Fort Worth, Texas, and as Curator of Spanish and Latin American Art at the Musée du Louvre in Paris for nine years.

Lionel Sauvage is a philanthropist and 18th Century French art collector based in Los Angeles. He serves on the board of American Friends of the Louvre. Sauvage’s successful career in finance led him to philanthropy, where he became deeply involved in supporting the arts.