The Apollo Kitharoidos from Pompeii 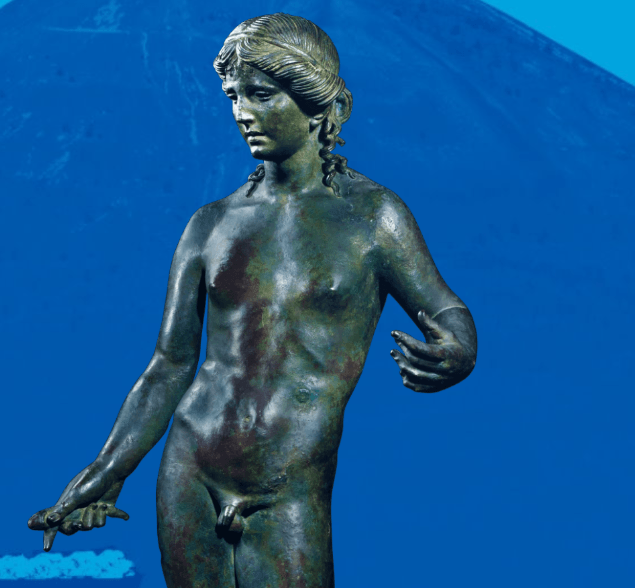 In 2019, thanks to the mobilization of over 5,600 contributors, including multiple AFL donors,  the “Tous Mécènes!” campaign has reached its objective, raising over 800,000 euros for the acquisition of the Apollo Kitharoidos from Pompeii!

In total, more than half of the purchase price has been raised thanks to tremendous popular support.

This superb ancient bronze dating to the 1st century BC is a depiction of Apollo, the god of art, harmony, and beauty. The name “Kitharoidos” (referring to the kithara, an ancient Greek lyre) refers to the instrument the god once carried.

Discovered near Pompeii, this Apollo statue is believed to have been a decorative feature in a Roman villa destroyed by the eruption of Mount Vesuvius. Buried by lava, it miraculously escaped the fate of most bronze sculptures, which were melted down during antiquity.

In previous years, the Louvre could never have hoped to secure this exquisite statue of Apollo. In private hands for centuries, the work was listed as a “National Treasure” when it re-entered the market in 2017.