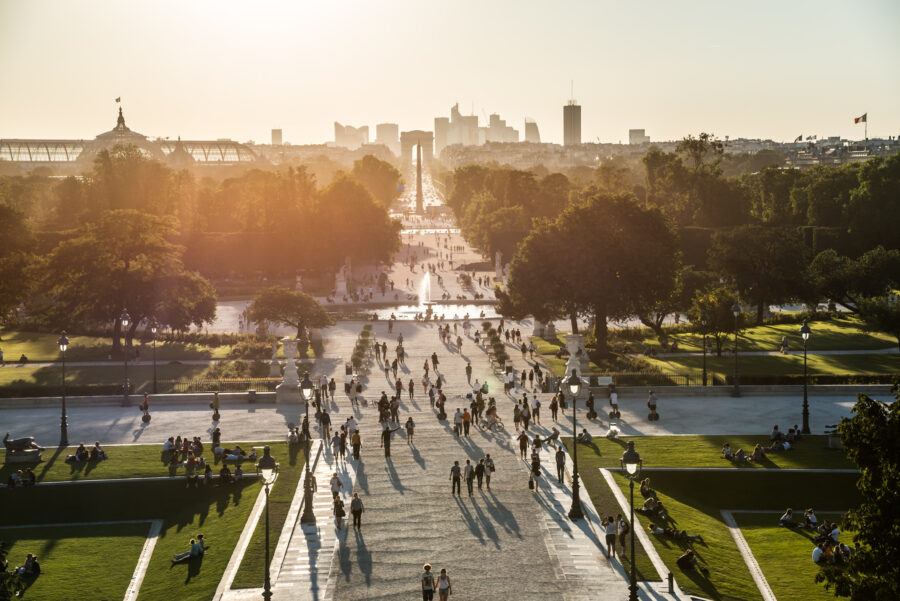 The Musée du Louvre counted on the generosity of all to raise one million euros before January 15, 2021. The goal has been achieved and the restored Grande Allée will be inaugurated in the spring of 2021.

Located at the heart of the Louvre and Tuileries National Estate, the Grande Allée was designed by André Le Nôtre as one of the greatest legacies of the Tuileries Garden. In 1668, Louis XIV’s landscape architect planted a double alley of horse chestnut trees. However, during the 18th century, it became difficult to prune the highest branches, and some trees in the first row started to bend precariously. The last trees were cut down during the French Revolution, and since then, the original width was lost, resulting in an oversized mall that is too wide, dry, and windy and that offers scant shade.

With the 2020 “Tous Mécènes!” campaign, the Musée du Louvre undertook an ambitious renovation project of the Grande Allée, with the planting of two rows of disease resistant elm trees. The goal was to re-establish the layout of the 17th-century garden, thereby spotlighting the grand historical axis of Paris. By providing more cool shade and greenery, the result will increase comfort to visitors and boost biodiversity.